As a full-time DJ, at least once a month I run into this situation. It is a very uncomfortable situation and every seasoned DJ has run into it a time or two in their career.

You, the DJ, are working a wedding and readying for a great set, getting things together and getting your mix right and this one intoxicated guest walks to the booth and asks the dreaded question:

"Do you have an aux cord so we can play a song off of my phone?"

Politely declining their request normally turns out the same way it would if you took your kid into a Candy Store and told him or her that the prized Chocolate was off-limits: You now have a screaming kid, I mean guest, that wants an aux cord. Do you see where I am going with this? But on a more serious note, as a professional DJ, I think it is a very bad idea for a DJ to agree to play music from a guests phone or device.

Here are 8 reasons why:

8) The Music on your phone isn't licensed for public performance.

DJs spend a lot of time gathering their music from legitimate sources. The music on ones phone, probably bought from itunes, streamed from Spotify, or broadcasted from Youtube, are not licensed in such a fashion that a DJ can use them in a way to make money.

We all hate draeded buffering. If you are trying to stream a song to the DJ's PA System, should the bride & groom, and all of their guests have to deal with buffering of this song you said we haaaad to listen to? Enough said.

6) What if the DJ drops your phone?

It is kind of dark in the DJ booth and the last thing the DJ needs to be responsible for is a persons expensive, high-tech smart phone. If a Dj had to replace a phone that accidentally got damaged or lost, it would wipe out his entire paycheck for the night (and then some depending on the phone.)

5) Devices that are connected to the Internet have the potential to carry viruses or other harmful malware.

Plugging your device directly into the DJ's device opens up the possibility of exchanging files that could possibly damage the DJs system. I'd say the DJ could pass along something to the phone as well, in some instances.

If your phone rings, or texts in the middle of a song, your song is trashed.

3) If the phone dies, the song is toast.

No joke! There have been guests who bring a dead phone to the DJ Booth and ask the DJ to stop the set to play a song from a phone that is dead or dying. Very, very bad idea. Very.

2) "Excuse me, but someone forgot their phone!"

I wish I could count the amount of times that a guest gets to having fun and leaves without their phone. Then the Dj has to make an announcement, or find the lost and found of the venue, or unlock the phone, or go through it. It is just a big headache. Phones get lost at weddings ALL THE TIME.

1) If any of these things happen, the DJ will hear about it from his valued clients who paid him to bring his own music.

Don't let any of these things happen to you. Trust that the DJ brought plenty of music, and the party won't end if the DJ can't play that one song, or can't get it. In the old days of DJing, the party depended on the music that the DJ brought with him (vinyl, cds, cassettes) and that music alone. There was no such thing as downloading or streaming a track.

If your device causes one of these things to happen, or something much worse, chances are it will upset the paying clients, which in turn sacrifices the integrity of service.

Vote no on hooking up to the DJ gear. Enjoy the party and the atmosphere. 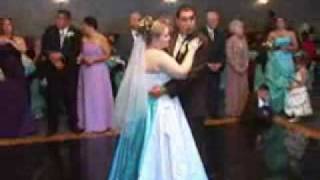 9 Reasons Why Hiring an inexperienced DJ is a HUGE mistake.